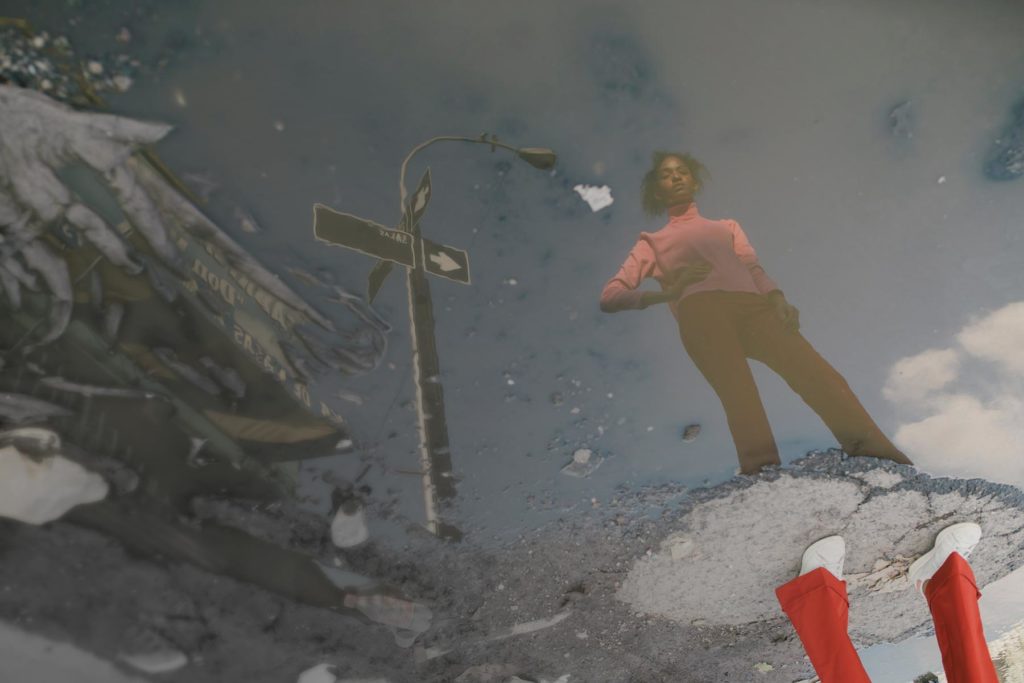 We evangelicals have come to see the Bible in a way that reflects our own insecurities and desires rather than understanding Scripture on its own terms. Let’s return to a holy book that allows us to ask questions, rather than one that recites our answers back to us.

I was raised in a devoutly Christian evangelical home. As a teenager, when I really started being taught my faith, a considerable amount of time was devoted to apologetics – the defense of the faith – to prepare me to answer the questions I was sure to face in high school and college. I learned how to use the biblical stories of creation and worldwide flood to refute the secular doctrines of evolution, how to biblically rationalize the miracle of the virgin birth, how to demonstrate the reality of Christ’s resurrection, and more.

The world, I was taught, was a place filled with questions, and I had to be ready with answers – and thank goodness the answers were given to us by God in the Bible. To the high school version of me, the Bible seemed to be primarily a sword of rigid truth for Christians to use in the fight against the atheism of a non-Christian world.

Scripture Used to Be Malleable

The way we think about the Bible today has evolved from the ways our religious ancestors thought about it. Jesus’ relationship with the Scriptures, including the texts of the Law, is illustrated in the example of his teaching in the Temple when he was a boy (Luke 2:41-51).

In Jewish traditions, dating back to the time of Jesus and beyond, Scripture was not understood as a fixed, concrete text (not in the way I was taught to think about it). The Scriptures were a collection of writings that needed to be interpreted, debated, and wrestled with. When rabbis gathered in the Temple to discuss the meaning of the Law or the application of their faith, they did not quote a biblical passage as a trump cards, but considered the narratives and themes of their sacred stories, and then re-told those stories in new contexts and with creative details that brought the narratives to life all over again.

When twelve-year-old Jesus taught in the Temple and amazed the teachers gathered there (see Luke 2:41-51), he was not simply expositing a text as many of our preachers do today – he was engaging in Midrash, adapting and reinterpreting the Scriptures to cast fresh light on them, taking the truths of God revealed in them and drawing them with new depth and perspective. The skill with which he did this is what amazed the teachers in the Temple. That method of interpretation wasn’t unique to Jesus – it’s how many Jewish teachers worked with the texts (and their tradition has not changed much between then and now – Midrash is still present in Jewish religious culture today).

This tradition of interpretation wasn’t limited to the Jewish context, either. The apostle Paul made a habit of creatively adapting scriptural texts to draw new meaning out of it. For example, in 1 Corinthians 1:27-29, he took the words of the prophet in Jeremiah 9:23-24 (a call for Israel to find its shared identity the love and justice of God rather than in human accomplishments) and creatively reinterpreted it as a definition of godly wisdom. (For a more complete consideration of this particular text, read my interpretation of Christian wisdom here.)

As the Gospel writers recorded the words of Jesus, they treated the ancient Scriptures similarly. As just one example, the author of Matthew took Jesus’ entire life and used it as a retelling of the story of Moses – the author wove incredible parallels between the two all throughout the Gospel.

The mothers and fathers of the early church were also known to handle the scriptural texts with creative imagination, as is clear in the interpretive methods of Origen and other matriarchs and patriarchs of the church. Many of them embraced mystical interpretations that are foreign to most evangelicals today; others found Scripture to be filled with metaphors; they consistently recognized the outright contradictions and perspectives in the texts.

There was no single, institutionalized way to read and think about Scripture until relatively recently in church history.

The Protestant Reformation in the 1500s was prompted by widespread dissatisfaction with the way the Roman Catholic Church had institutionalized standards of truth around papal authority in the church. Among other things, Reformers challenged the idea that the Pope was an adequate representation of truth for Christians, and they distanced themselves from that measure.

As the Enlightenment and its renewal of scientific and philosophical exploration took hold over the next few centuries across Europe and the Americas, Protestants found their faith challenged by questions of how they knew and understood truth. The sciences asked questions about the nature of truth and reality for which Protestants had no answer. The institutionalized church could appeal to the standard of church tradition as the measure of truth, but since Protestants had no such foundation, they turned to Scripture and made it the answer.

All of a sudden, the Scriptures had to be more than holy texts given to us by God for teaching, reproof, correction, and training in righteousness. Now they needed the Bible to be their ultimate authority for all truth, all of reality; and if it were to be such an authority – if it were a truth that transcended reality – it would also need to be divine, bearing the very characteristics of God. Ironically, they bestowed upon the Bible the very same authority that had been given the Pope in the Roman Catholic Church, which had caused them to protest.

This belief could be justified if the words of the Bible had been given directly by God, and this type of interpretation became the norm in many parts of the United States around the turn of the 20th century, when scientific and social secularism collided explosively with revival-fueled American Christianity. Finding themselves on the offensive against not only secularists, but also against other more liberal Christians, conservative American Christians created a doctrine of Scripture that was rigid and could be wielded as a weapon to defend their faith.

While we still recognized that human persons had done the physical work of putting pen to paper, we attributed the actual words of the biblical canon to God, as if God had dictated the words to men. By viewing Scripture in this way, we created an effective weapon against secular society, but it was a Bible we made for ourselves, rather than the one we inherited, and it carried the characteristics we wanted it to have, rather than the characteristics it had organically. This new understanding of Scripture minimized the impact of differences between styles, genres, authors, and social contexts. Instead of seeing Scripture as a collection of texts written from various perspectives, the Bible became a single book written by God (which happened to be scribed by humans).

And if the Bible were written by God, we could no longer ask hard questions of it, because that would be a challenge to the very truth of God’s own nature. So we stopped wrestling with the questions the ancient writers and teachers had asked in and through the texts – questions of meaning, existence, purpose, justice, and providence – because we decided God was a God of truth, not uncertainty. We reframed those questions in the text to make them answers.

We no longer had to interpret Scripture into our own time and place, because the Bible, like God, existed outside of context and spoke directly to us, like a letter written directly to us by God.

How Do We Reclaim Scripture?

1. Start with the humanity of the texts.

We call the Bible “Scripture” because we believe its texts to be holy, breathed to life by God, but that doesn’t mean we have to assume its divinity. When we think about the human-divine character of our scriptural texts, we can take one of two perspectives:

When we begin by assuming Scripture’s divinity, we usually end up overestimating its god-like character and, ironically, we end up reading our own humanity into it as the words of the divine.

But when we begin by assuming our scriptural texts are human reflections of God, and then search for where the breath of God has empowered those texts, we know that the divinity we’ve found is truly the work of God. This gives us space and responsibility to handle Scripture respectfully and honestly.

2. Recognize the diversity of Scripture’s books and authorship.

If we start by assuming Scripture’s humanity, then we also recognize the importance of the human authorship of the texts. We look at the Bible not as a single book, but as a library of writings, a collection of distinct perspectives about God from different situations of life and with a variety of questions, concerns, and solutions that demand creativity and imagination to interpret. The words of Scripture speak to us because their authors, in many ways, are us as a part of the ages-old community of believers.

3. Embrace the questions of Scripture.

Life is made of questions, and when we recognize diversity of voices and contexts in Scripture, we also recognize the struggles and questions those authors faced. We see their faithfulness in the midst of their doubts and struggles, and we see the power of God speaking through them.

Rather than looking to the texts of Scripture to be the final authority for our life’s questions, we look to Jesus Christ, the living Word of God, as the way, the truth, and the life. Christ is the lens through which we interpret the struggles of life, and it is confidence in Christ, rather than confidence in the Bible, that gives us strength to navigate the uncertainties of our own existence.

By reading Scripture in such a way, we reclaim it from the grasp of a particular Christian culture that has transformed it into a reflection of its own insecurities, and we allow it to be the holy text it has been throughout history, filled with mystery and diversity and humanity and the breath of God. We can be better followers of Christ when we read Scripture as it is, rather than as we want it to be.