November 1, 2020
Part of the challenges to doing church online is in actively managing conflict, protecting privacy, encouraging participation in local communities, and gather together in-person as a church body for sacraments and celebrations.

The church has a long history of adapting to cultural and technological contexts. As the first Christian communities sprang up in the first century, the apostle Paul helped form them by using letters as a technology of sorts to communicate with Christians across regions, social class, and time. His use of media to shape early churches can help us understand the potential of online connection to cultivate an authentic, digital Christian community.

Why We Should Think About Online ChurchesThe Promising Potential of Social MediaLimitations and Dangers of Social MediaPaul and the Church in CorinthWorship, Sacrament, and Conflict in the Corinthian ChurchHarnessing the Potential of Online ChurchDeveloping Online Leaders and Worship PracticesHandling Conflict, Bodily Presence, and Gathering TogetherWeaving the Church into the Physical and the Digital

As we establish expectations for participants in an online church, cultivating leaders and setting practices for Christian worship, it is important to remember that the digital world is not a "disembodied" experience of the physical world, but an extension of it.

No community exists without conflict between its members, and the susceptibility of social media to dehumanization makes conflict even more common and more volatile. Throughout his letters to the church in Corinth, Paul demonstrated ways to address conflict and challenge conduct that was contrary to the wisdom of God.

A complete examination of each instance of correction is beyond the scope of this series, but we may say that he used a wide variety of rhetorical tools in different contexts—irony, sarcasm, self-deprecation, accusation, apologetics, and gentle reproach, to name a few—as he sought to orient the church around the posture of cruciformity according to the wisdom of God.

In the same way, we cannot identify a single particular method of reproach and reconciliation that is likely to work in every situation. We should acknowledge that the skills and judgment required to facilitate community in an online context are at least as broad and critical as the ones required for a physical context. Training in conflict resolution and the skills for having difficult conversations should be an integral and ongoing part of every member’s discipleship journey and participation within the group. Training ought to be even more emphasized for those functioning as group moderators.

In addition, the tendency of social media to devolve into objectifying other users may be exacerbated by one-to-one private messaging, because such messaging leads to a privatization of the community experience, creating sub-groups within the cell group in which individuals may spread rumors or sow dissension.

Although there are legitimate uses for private messages between group members, most groups will find that shared communication (communication that is available to be seen by the whole group) is best for fostering a sense of commitment to the community. The transparency of shared communication allows for accountability within the group.

Just as Paul’s letters were read aloud to the entire community, shaping their identity as one body, so ought our digital communications to be primarily presented before the whole body. A commitment to openness in group dialogue is critical to the function of a “round table” form of ecclesiastical leadership.

While openness within the group is a key to an online ecclesiology, that openness does not necessarily need to translate beyond the bounds of the group. Social media has created an environment in which privacy is a constant concern.

On many social media platforms, open groups and conversations can be shared publicly out of the context of the group’s discussions and with an intent to cause harm to the individual who originally posted, and such a distribution of private conversations (meant for the group members) is damaging to the integrity of the group.

Even on social media platforms that allow for closed groups, such as in Facebook groups, malevolent individuals can take screenshots of text-based conversations and share them publicly. While there are instances where public groups make sense, particularly as an entry point for outsiders to engage with the church community, most of the cell groups ought to have a level of privacy to protect group members and the honesty of their conversations. Within a cell group, an individual ought to feel confident that they can share their struggles and questions without fear of reprisal.

With a proper posture and a constant attunement to flattening the hierarchical social positioning of group members, the digital context can be a healthy place for growth and community. It is vital, though, that this digital community not become a retreat from the physical world, but an extension of it.

Integration of the Digital and the Physical

It is tempting, particularly for technology enthusiasts like me, to fantasize about a world where one’s entire life can be lived through a digital medium with no interaction with the physical, but that is not the trend that we actually see playing out in the world around us.

Instead, we see the digital world extending and supplementing our physical existence. In our consideration of an online church, we must similarly resist using online tools to displace the physical world in which the body is rooted and into which Christ was incarnated. Such escapism is antithetical to the very mission of the church, because the church cannot work to reconcile the world to God if it is not present in the world.

There are needs and realities that cannot be lived within a digital context, and an online church must be self-conscious of this truth and actively discourage users from segmenting their lives into a binary where their only sense of community is found online. A digital church can function as an authentic community, but it should not be a person’s sole community.

In many ways, this escapist binary is also present in local church communities. Some local congregations have developed an insular culture where individuals have no significant relationships with people outside the body of the church—they do not know their neighbors or coworkers, those people with whom they ought to be interacting on a daily basis.

Participants in the World

The dangers of such insularity in the physical world are significant, but they are heightened even further if the isolation occurs online because it is so easy to shut off—or be shut off from—the digital world. It is neither possible nor desirable to live exclusively online.

Paul’s letters to the Corinthians carry an analogy to this reality in that he did not only write to the church there, but also founded it in person and returned to visit with the believers there. The bodily presence of Paul in Corinth was important to him, and it ought to be important to us even as we develop a concept of an online church.

We may examine this interaction between the physical and the digital in two ways:

In a church member’s daily life, she ought to be actively engaged with the world around her. Paul did not foster an environment in which the church in Corinth was isolated from the world, but recognized a fluidity of interaction between the church as a body and those outside the church (for example, see 1 Cor 14:16).

An online church, therefore, should encourage believers to be full participants in the world in which they live, developing relationships with their neighbors, sharing life with friends, and participating in the work of reconciling the world to God.

In addition to encouraging members to engage with the world, our model should create a space for online participants to periodically gather as a church in person.

This gathering would be a family reunion of sorts for the church as a body, and would serve as an opportunity for the entire digital community—the larger community beyond the cell groups—to gather in one place and experience the energy and life of the church.

It would also be an excellent and meaningful opportunity for church members to participate in the sacraments of baptism and the Eucharist, particularly for those in traditions where communion cannot be held online. Easter could provide an ideal time for such a gathering, just as the first centuries of Christians preferred to celebrate baptisms during Easter.

Many of those who engage in church online may do so because they are unable to travel, take time off work, or arrange their schedule so as to attend in person on a regular basis; nonetheless, they may find it feasible to attend a gathering once or twice a year (or maybe even more frequently if the gathering is somewhat localized to them).

The scarcity of such a gathering would give it a higher priority, so members would be more eager to attend it than a weekly gathering. Care should also be taken to avoid making this gathering a reenactment of the social stratification that occurred when the Corinthians held the Lord’s Supper. The gathering could easily turn into a division between the wealthy, for whom travel is not an obstacle, and the poor. To help avoid such a problem, travel expenses could be offset by a shared financial fund to which individuals could contribute throughout the year, and the money could be distributed as each member has need.

Through the careful cultivation of a body that is committed to cruciform living, not only in their online interactions but also in their continuing involvement in the physical world, social media can be used as a tool for developing authentic community.

By extending the church’s embodiment in such a way within the digital sphere, we can be present and active in shaping the future of the digital as it continues to integrate into our daily existence and as it redefines our basic understanding of ourselves in the world.

To see the footnotes for this chapter, please download the full ebook. 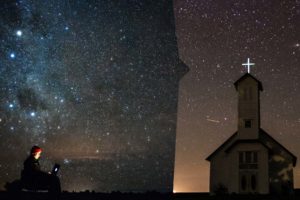 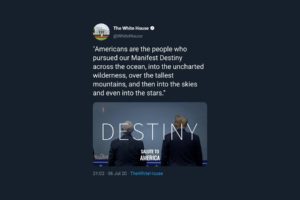