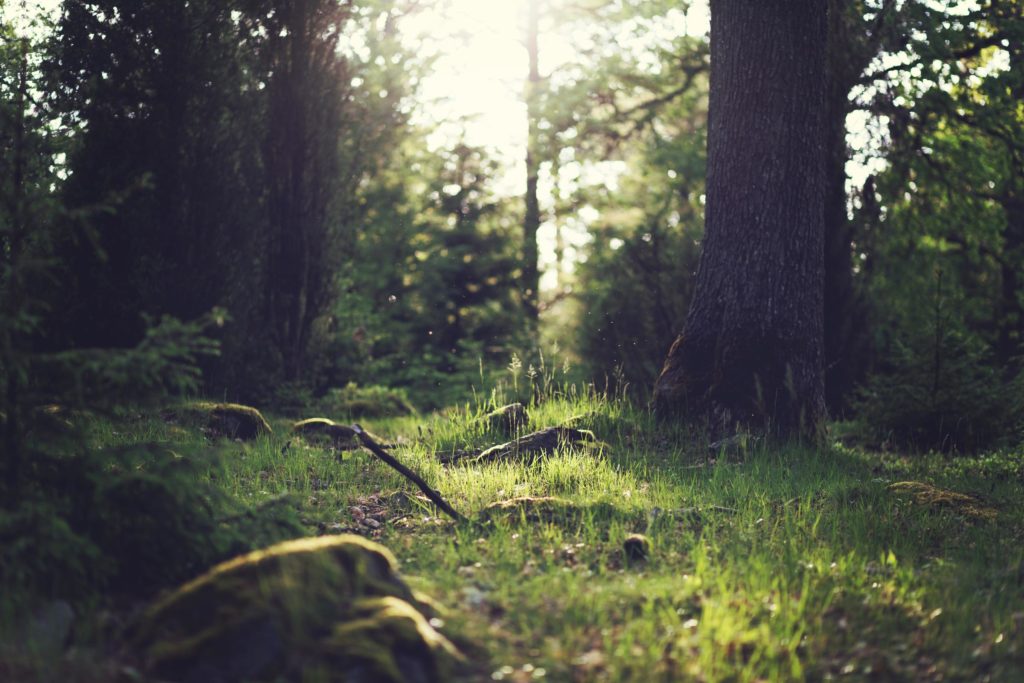 There’s a garden in Kansas City that is a special place for my wife and me, a haven that became a sort of sacred ground for us. This story is a quick, bright sketch of our time there and the reason it brought us so much joy.

When we held hands, it wasn’t electric, the way it is in the stories. I mean, it’s not like we didn’t feel anything at all — it just wasn’t some crazy sensation. I guess the best way to describe it might be to say that it was comfortable.

It’s like when you finish a test. You set down your pencil and you exhale and the world is right again. No more pressure, no more stress. You can relax. That’s how it was when we held hands.

In those moments, when Elle’s fingers locked with mine, I could breathe again.

There was a garden that always reminded us of a castle — it had high, stone walls, and as soon as you walked in the gate, you entered a paradise of manicured flowers and trees broken only by meandering brick paths. You could hear the lazy gurgle of fountains buried deep in the garden, hidden in obscure corners of the castle. That garden was one of our favorite places to go.

Elle and I would wander aimlessly, holding hands and losing ourselves for hours in the castle.

Sometimes, we would sit and watch other couples weave through the garden. No one was ever in a hurry here. This was a haven — a place to stop, to enjoy the beauty of nature’s art, and to drink in life.

One time, we saw a kitten in the garden walking along the edge of a fountain. The water had already been drained for the season, but the kitten kept peeking over the side, determined to find a puddle to play in.

Elle loved cats, and the one from her childhood had recently died, so when she saw this kitten, she couldn’t help but take it in her arms and hug it. She held it up next to her face so both of them were looking at me. Lifting one of its paws to wave at me, Elle did her best to convince me that she should take the kitten home with her.

Maybe I should have let her. I argued that the kitten probably belonged to the garden. Its mother was probably nearby, and we shouldn’t take it away from its family. Elle gave me a pouty lip and did her best to force a tear, but I thought it wisest to leave the kitten alone.

She reluctantly agreed, adding that everyone who visited the garden should have the joy of playing with the kitten. We stayed in the garden for a little longer than normal that day.

Another day, we found the graves of the garden’s benefactors. Hidden behind a waist-high gate in a remote section of the garden, the raised stone tombs stood stark against the verdant backdrop of trees and gentle flowers. This picture of death amidst so much beauty should have felt natural but, instead, felt sacred. Like the brick paths winding through the garden, the tombs were a testament to the caretakers’ reverence in preserving life.

We stood there for a long time, silently holding hands, knowing that we were both thinking the same thoughts. The stone slabs had long been worn smooth by the wind and the rain, but the benefactors’ burial here in this public garden was an extension of the life that they’d loved so many years ago. It was beautiful.

One evening, rain began to fall as we entered the garden’s stone walls. It wasn’t a heavy rain, but it was enough to cause the other visitors to leave the garden, holding their jackets over their heads for shelter.

I started to turn around and do the same, but Elle caught my arm with a sparkle in her eye. She saw everyone running away, and she knew that this might be our one opportunity to be completely alone inside. Looking up at the still-darkening sky, I let her drag me in.

We passed a greenhouse where a group of people huddled, waiting for a break in the rainfall so they could dash to the cover of their cars.

Continuing deeper, we passed the fountain where we’d seen the kitten. I hoped it had found a dry place to hide tonight.

We walked on, past the resting place of the garden’s benefactors. Water collected on top of the tombs and dripped to the earth below, standing in a moat around the base of the stone.

We didn’t stop until we found a bench that we’d never seen before. Trees provided only minimal shelter from the rain, but we didn’t mind. The droplets soaking our clothes were freeing, cleansing. Like the grass, the trees, and the flowers, we were being nourished by the rain.

I don’t know how long we sat in the rain that day — it may have been mere minutes, or it may have been hours — but the length of time didn’t matter in the slightest. It was time for us to hold hands.