Rejecting or Reforming Institutions of Abuse

Throughout our history, we Christians have participated in a number of systemic sins. From our alignment with the power of the Roman Empire, to our embrace of the slave trade, to the suppression of minority groups, we have often found ourselves seeking power and pleasure rather than embodying Christ’s model of recognizing the humanity and worth of our neighbors.

At times, our alignment with broken institutions has been an effort to redeem them. For example, our celebration of Christmas has origins in pagan celebrations of winter, but early Christians embraced the festival and turned it into a holy-day, an annual reminder of the birth of Jesus Christ that has been celebrated for millennia now.

At other times, though, we have turned a blind eye to the institutions we have supported, as if we have not known about its corruption. The American entertainment industry is one example of this. In recent months, nearly every week has contained a stark reminder of the immorality running through Hollywood. Anyone who has paid attention over the past several decades cannot be surprised by all the reports of sexual assault and intimidation, but until now it has been far easier for us to ignore the signs while we sit back and enjoy our entertainment.

Today, whenever a star is credibly accused of sexual harassment, we Christians follow society’s lead in condemning the abuser, often calling for him to lose his job. Although it is too soon to know the long-term impact this accountability will have on the industry, they seem to be effectively drawing a deeper moral commitment – on this issue, at least – from Hollywood as a whole. This is a positive, but one must wonder why Christians weren't leading the call to justice on this issue.

As more and more research is done into the effects of brain trauma on athletes, I think we should be paying attention to the rate of concussions in collegiate and professional sports. The violence of contact sports like football, hockey, and soccer lead to a dangerous number of concussions, which can have devastating impacts on the lives of athletes. Studies are quickly unveiling a strong correlation between repeated concussions and the neurological deterioration known as chronic traumatic encephalopathy, a condition that has reportedly led to a number of high profile suicides, incidents of domestic violence, and other serious psychological and behavioral issues.

Christians regularly participate in the celebration of these sports – for example, many churches cancel Sunday evening services so their members can watch football’s championship game. Does our celebration of the event make us participants in the concussion-inducing environment? Shouldn’t we be speaking and acting out against an institution that encourages athletes to play in a way that destroys their brains? Are we prioritizing our entertainment over the health and sanity of the players?

Perhaps we should cease participating altogether in the celebration of sports with a high rate of concussions, or perhaps we can change these institutions from the inside; but we cannot remain oblivious to the destructiveness of athletic violence without becoming complicit in its sins.

A decade from now, when American society is realizing that this is a moral issue, we cannot feign ignorance and content ourselves to follow their lead. If we truly value each person as being made in the image of God, we must honor their dignity by acting now. 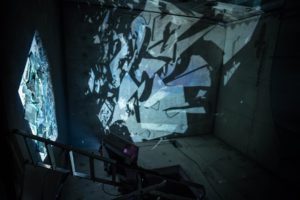 Reconciliation is the Gospel 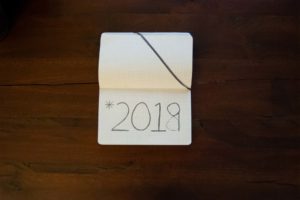