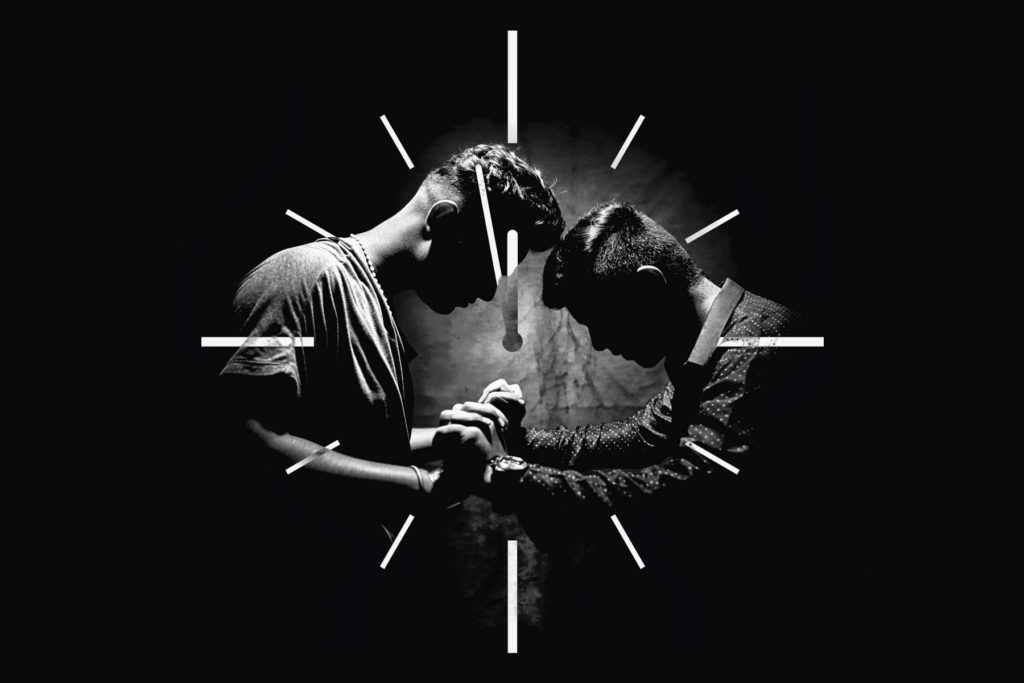 We are now less than one year away from the next Presidential election day, and I suspect the coming months are going to be filled with the most bitter, contentious, and polarizing politics our nation has seen in the past century or more. Yet I’m hopeful that we can have a season of positive politics – here are four things I think we need to do.

We are now less than one year away from the next Presidential election day, and I suspect the coming months are going to be filled with the most bitter, contentious, and polarizing politics our nation has seen in the past century or more.

But you may call me a perpetual optimist, because I still hope it doesn’t have to be that way. Even though we are bound to have broad disagreements, I hope we are able to move through this next year with mutual respect and compassion for one another. It won’t be easy to do that – it will take some serious work on each of our parts – but here are the four things I think we need to start with if we want to pull it off.

1) Remember that there is a person on the other side.

You know that person who makes you so mad? That ignorant Republican? Or that conniving Democrat? Or that fence-sitting Independent? (Or even that obnoxious Libertarian?) That could easily be your mother, father, child, sibling, best friend, coworker, or church friend. To be honest, it probably is someone in your family.

Even if you only know the person from Facebook, or from reading news articles about them, or from seeing them on cable news, they could just as well be sitting across the table from you. That person has friends and family; they have a story and a context that has made their current position make sense to them – even if it makes no sense at all to you. That doesn’t mean they’re right, but it does mean they deserve the respect due to all people.

When you have conversations with them, even if those conversations are only online, call them by name and remember their personhood. Try to see their perspective of the issue. Try to understand the life situation that has brought them to the perspective they hold. Treat them with the respect that every person deserves. No one is exempt. And to do otherwise – to reduce them to an issue or an opponent or a stereotype – is to dehumanize them.

2) Remember that you are only a person, too.

While we’re treating others with compassion, we still need to remember that we’re human, too. I am not above making mistakes and having misinformed opinions on issues. I have blind spots in the way I apply my politics, and it is helpful (even if it’s painful) when someone points out those blind spots to me.

One of the unfortunate effects of social media is that it encourages us to make bold, provocative opinions as if they’re facts, and when we start to see people resonating with those opinions, it makes us feel like we said something really profound and it begins to build us up as if we are some kind of uniquely special person. Or if we see people tearing those opinions apart, it makes us feel like our perspective doesn’t matter or is hopelessly flawed.

If we want the next year to be positive, we must maintain a posture of humility and positivity in our own perspectives. We are human, for better and for worse.

3) Critique real ideas, not stereotyped ones.

Constructive political discourse requires us to engage with the actual positions that people hold. Those positions are never portrayed fairly or adequately in the media coverage of their opponents, so it is our responsibility to do our homework actually research the various positions on an issue.

If we rely on CNN to understand our Republican neighbors (or rely on Fox News to understand our Democratic neighbors), we won’t be able to have a conversation that actually engages our neighbor’s ideas – the only thing we know is a caricature of their political outlook.

And to take that one step further, we can’t make the assumption that our neighbor’s positions fall in line with those of their party. They may be Trump supporters, but in opposition to his policies on immigration; or they may be for raising the federal minimum wage, but in opposition to abortion. We know this and do it in person, but we’re looking at a screen, we have a tendency to forget it, hurrying to respond rather than taking time to process what the other person has actually said.

If we want a positive year in politics, we have to put in the work to understand what our neighbors actually believe. We have to ask them to define their own terms, and we have to listen to what they say.

4) Slow down and fact-check everything – before talking about it.

I know, this sounds like a ton of work. And it will absolutely slow down conversations. But that is 100% the point.

It takes a lot of work to have an educated, respectful conversation with someone, and such conversations tend to move slowly – but that slow pace allows all sides time to consider, learn, and understand the points being made.

Misinformation (you’ve heard it as “fake news”) is always more dramatic than reality. And most of the time the fake news being fed to us reinforces the convictions we already hold (this is called “confirmation bias”), so we rush to embrace it. But if we want to have a positive political season, we have to make sure we’re presenting an accurate, well-rounded perspective of the issue. Most of the time this is going to mean that our point needs to be more nuanced than we are inclined to make it in a tweet or a Facebook comment – and sometimes we’ll find out that we’re actually wrong. Both of those results are positive, even if they’re difficult.

No one wants to be a jerk. So we need to fact-check everything. And we need to slow down our conversations.

Hoping for a Season of Positive Politics

I don’t know what this next year is going to look like in the United States – my gut thinks it’s going to be one of the ugliest political periods in our nation’s history. But I’m clinging relentlessly, naively, childishly, to the hope that we will remember our shared identities and work together toward a society that is more just, more peace-filled, and more loving. And if we want to do that, I think we have to begin by remembering that we’re all human and we’re all in this together.