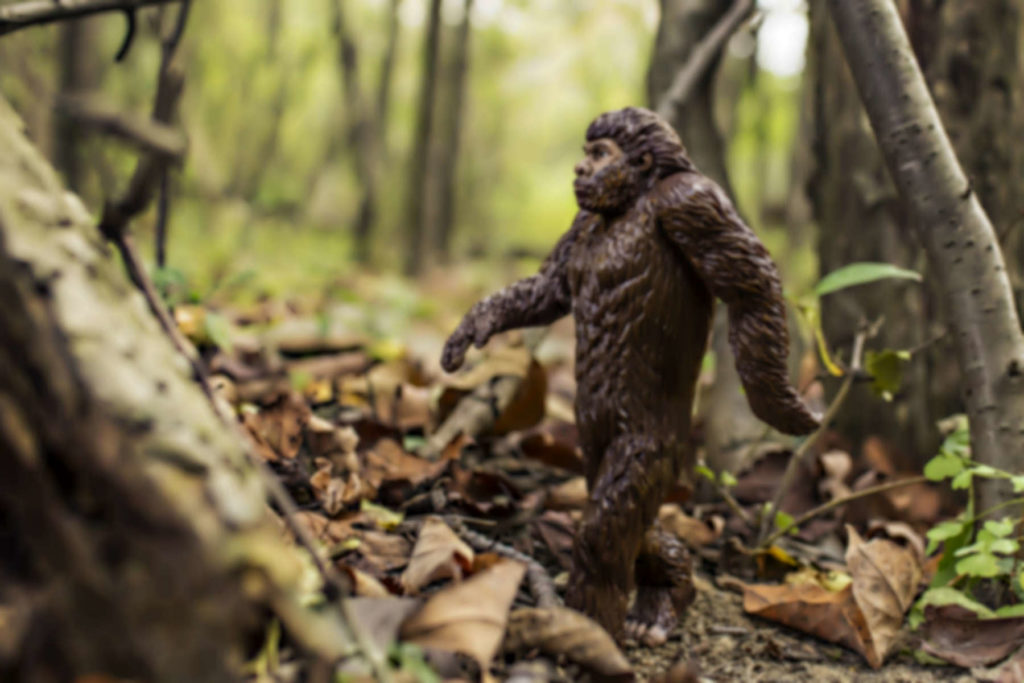 Christians have bought into a simplistic, primitive caricature of what it means to be a man, and we’ve elevated it to the level of godliness. It’s like we believe that the closer we get to achieving this model of masculinity, the closer we get to God. But our identity needs to be found in something higher.

Note: This is a follow-up post to Imitation Masculinity. Reading that post is not a prerequisite to being able to understand this post, but you may find it helpful (and, if I do say so myself, it’s totally worth the read).

Men love to watch sports. Men love to play sports. In fact, there are probably some men out there playing football right now. Real men aren’t bothered by the weather. They get out there in the mud and rain and do what needs to be done. Probably something like this:

And when they’re done playing an intense game of football in the rain, they get in their one-ton pickup trucks and drive off into the sunset, heading home to their trophy wives who have cooked them supper from scratch.

This is your pretty standard American view of masculinity. We see it all around us – movies, magazines, and television shows all point to it. Even something as innocent as soap commercials blast us with this rough-and-tough definition of what it means to be a man.

It’s one thing to be bombarded by these messages – but we Christians haven’t succumbed to the pressure! We stand firmly against this cultural definition of manhood!

Have you ever read John Eldredge’s book to Christian men, Wild at Heart? or attended a Promise Keeper’s event? What does your local church’s men’s ministry look like? Most of the ones that I’ve seen are filled with events oriented around sports and guns and camping. There’s an entire movement in Christianity (heavily pushed by Mark Driscoll, among others) that is based around the idea that we need to see Jesus as a rough-around-the-edges, muscled, never-backs-down tough guy. Christianity Today published an article about the movement, saying:

There’s nothing wrong with enjoying these types of activities, but our identity needs to be found in something higher.

How did Christ model manliness for us?

If we are Christ followers, then we should model our lives after Christ.

So how did Jesus live? How did he approach masculinity?

Jesus seemed to love spending time with children. We see this over and over again throughout the gospels (see Luke 18:15-17). We also know that Jesus made a habit of serving others, as he did when he washed the feet of his apostles – a task that was reserved for servants (see John 13:3-5). Rather than retaliating against the people who persecuted him, Jesus told us to turn the other cheek, love our enemies, and even go above and beyond to show them compassion (see Luke 6:27-30).

He also actively loved and showed grace to the people that society had cast out.

Then the scribes and the Pharisees brought a woman caught in adultery, making her stand in the center. “Teacher,” they said to Him, “this woman was caught in the act of committing adultery. In the law Moses commanded us to stone such women. So what do You say?” They asked this to trap Him, in order that they might have evidence to accuse Him.

Jesus stooped down and started writing on the ground with His finger. When they persisted in questioning Him, He stood up and said to them, “The one without sin among you should be the first to throw a stone at her.”

Then He stooped down again and continued writing on the ground. When they heard this, they left one by one, starting with the older men. Only He was left, with the woman in the center. When Jesus stood up, He said to her, “Woman, where are they? Has no one condemned you?”

And he demonstrated his version of masculinity in the strongest way I can imagine as let himself be led to his death for crimes that he didn’t commit.

When Jesus came to earth, his people expected a warrior, a fighter, a god of a man. But he turned their expectations completely upside-down.

Rachel Held Evans, in a post on the topic, quotes her husband as he talks about Christian masculinity:

The truth is, as a guy, it is more natural for me to want to take vengeance on people, to respond with violence and anger when I’ve been wronged. It’s easy to buy into the culture’s view of masculinity, which glorifies power and payback. It’s so much harder to take Jesus at his word and forgive as I have been forgiven and serve the way that He served. It’s harder, and it takes a different kind of strength.

God calls us to something so much deeper, so much stronger than the imitation masculinity that we’ve fallen in love with. How will we respond?