May 1, 2015
We love to be told that we’re right, especially when that validation is coming from a source that we respect. Reading blogs and articles that affirm our beliefs gives us confidence in our own sense of right-ness and pats us on our proverbial backs. As a society, we have a natural tendency to take this […]

We love to be told that we’re right, especially when that validation is coming from a source that we respect. Reading blogs and articles that affirm our beliefs gives us confidence in our own sense of right-ness and pats us on our proverbial backs.

As a society, we have a natural tendency to take this to an extreme and predominantly seek out sources to confirm the perspectives that we already hold. For example, if we believe in the value of attending church services every week, we skip over headlines like “15 Reasons I Left the Church” in favor of articles like “15 Reasons I Returned to the Church.”

We even see this in the news channels that we watch - you can tell a lot about a person’s politics by asking whether they watch Fox or CNN. We feel strong and encouraged when people agree with us, but it is dangerous for us to live within a bubble of affirmation. Here are three reasons why.

Learning is defined as the acquisition of knowledge or skills. We cannot learn things unless they are new to us; we cannot grow without being exposed to things that we don’t know or understand.

When we skip over articles that present a different perspective than our own, we are depriving ourselves the opportunity to learn and grow as individuals. Even if we don’t agree with the article, the simple act of reading it with an intent to learn from it will enable us clarify our own beliefs and help us to better understand the beliefs of others. As Aristotle once said, “It is the mark of an educated mind to be able to entertain a thought without accepting it.”

If we’ll look a little closer as we read these articles, we’ll often find that there are nuggets of truth in them that can be invaluable to our own systems of belief and thought.

Because it is so natural for us to seek out stories that bolster our own ideas, we end up forming communities of people who all think the same way, and we all reinforce those common ideas in one another. There’s nothing wrong with being in community with like-minded people, but when those are the only places that we get information, we find ourselves becoming blissfully unaware of the world outside that circle.

Soon we enter a self-perpetuating spiral of misunderstanding. Because we seldom have meaningful interactions with people outside our own worldview, we dismiss and objectify them. Rather than seeing our neighbor as a loving father and husband, we see him as a conservative bigot (or a part of the liberal agenda). Rather than seeing him as an intelligent contributor to society, we label him a troll or redneck.

We end up with a caricaturized stereotype of any group of people outside our bubble - a stereotype which usually bears little resemblance to real people.

3. It creates an us-against-them mentality.

When we allow ourselves to indulge false stereotypes, our tendency is to paint those people as diametrically opposed to us. Our differences then divide us. We might feel like we have to defend ourselves against a perceived attack from the other side - an attack which often doesn’t exist.

As a result, we live in fear of an imagined enemy that we think is trying to suppress (or even persecute) us. We cry “that’s discrimination!” or “that’s the liberal agenda!” any time someone expresses a viewpoint different than our own.

If we would all leave our bubbles and engage with those who live and believe differently, we would find that we have a lot in common with one another.

This is certainly not an exhaustive commentary on the dangers of confirmation bias. It’s also not to say that we should abandon like-minded thinkers from our day-to-day lives.

I simply ask that we make an intentional effort to understand the perspectives of others. If we want a kinder, more loving society, we have to start by listening to one another.

(Note: In the spirit of my own post, I could be entirely wrong in thinking that confirmation bias is an issue for American society. The New York Times seems to think, based on a study by Matthew Gentzkow and Jesse Shapiro, that media fragmentation has very little role in the cultural polarization that we see in the United States. Instead, they say that we’re just politically ignorant.) 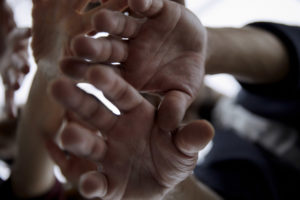 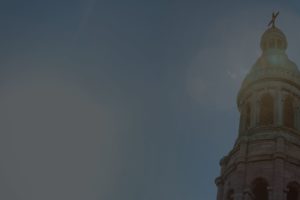 A Life After Christ